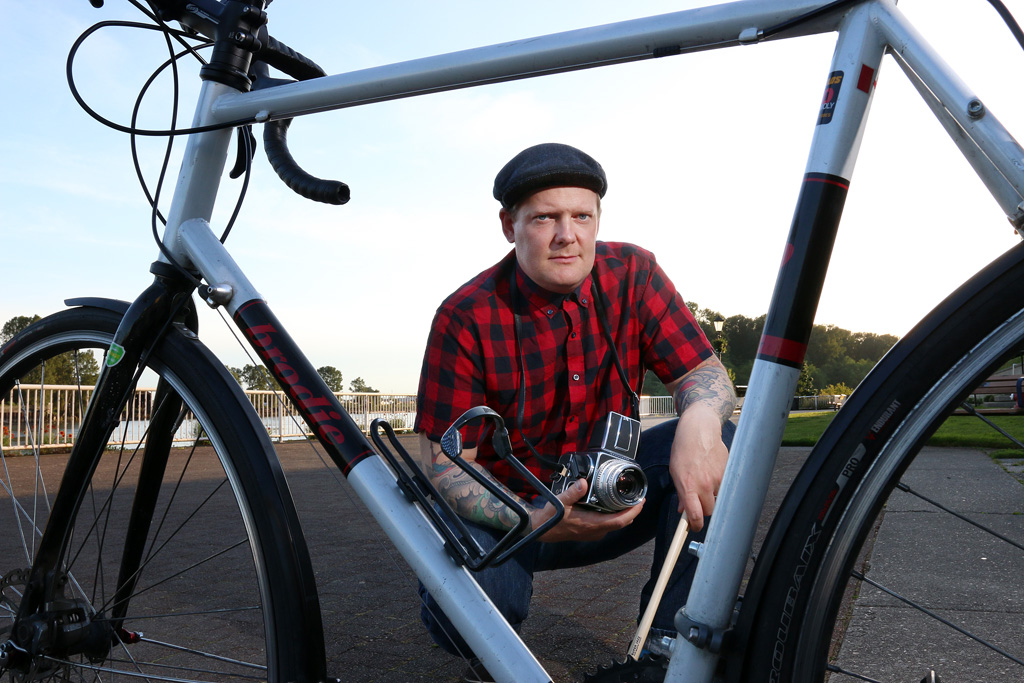 This story was originally published in Tenth to the Fraser

But the New Westminster drummer and the Talking Heads’ frontman known for his herky-jerky dancing and shock of white hair share a similar passion for bicycles.

Byrne expresses his love for two-wheeled transport in prose; he authored a book about his experiences riding his folding commuter bike between gigs around the world. Cahill uses a medium-format film camera to photograph bikes he’s encountered while traveling through Europe, Asia, and the Americas with his rockabilly band, Cousin Harley. In June, an exhibition of eight of his photos will be on display at the New Westminster Public Library in conjunction with Bike Month. 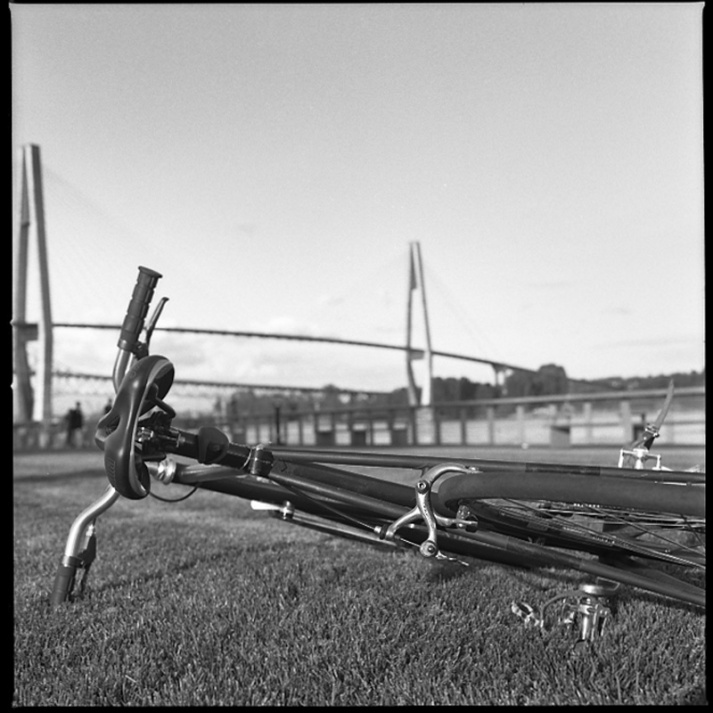 Cahill, 40, says he’s been commuting by bicycle for as long as he can remember; to school as a kid, to McGill University where he studied music, to his job in Downtown Vancouver where he teaches at the VSO School of Music.

He never really considered his bike as more than a cheap way to get around until he started photographing other bikes he saw during road trips with his band. In places like Belgium and the Netherlands, where the bike is essential transportation, he regarded bicycles as the solution for moving lots of people in a small space.

“Everybody has one,” says Cahill. “They’re utilitarian and egalitarian.”

They can also be stylish, with flourishes to their form that give them a timeless quality and bely their function to convey people or parcels or often both.

“They have a certain style to them,” says Cahill. “When it’s all over, there will be nothing left but cockroaches and old steel bikes.”

Cahill’s bike photography became a serious project a few years ago. He sets aside time at every stop while on tour to seek out distinctive or unique bikes leaning against walls, locked to trees, chained to fences. He tries to photograph them in isolation, standing apart from the hustle and bustle of a car-centric world.

“I want people to consider the possibilities of cycling,” says Cahill, who often builds narratives in his head about the owners of the bikes he photographs but rarely encounters them. “It can be transformative. It can be an escape. You can ride for the pure joy of it. You can be yourself.”

Cahill’s exhibition of bike photographs, Escape Plan, is on display in the upstairs gallery at the New Westminster Public Library through the month of June.