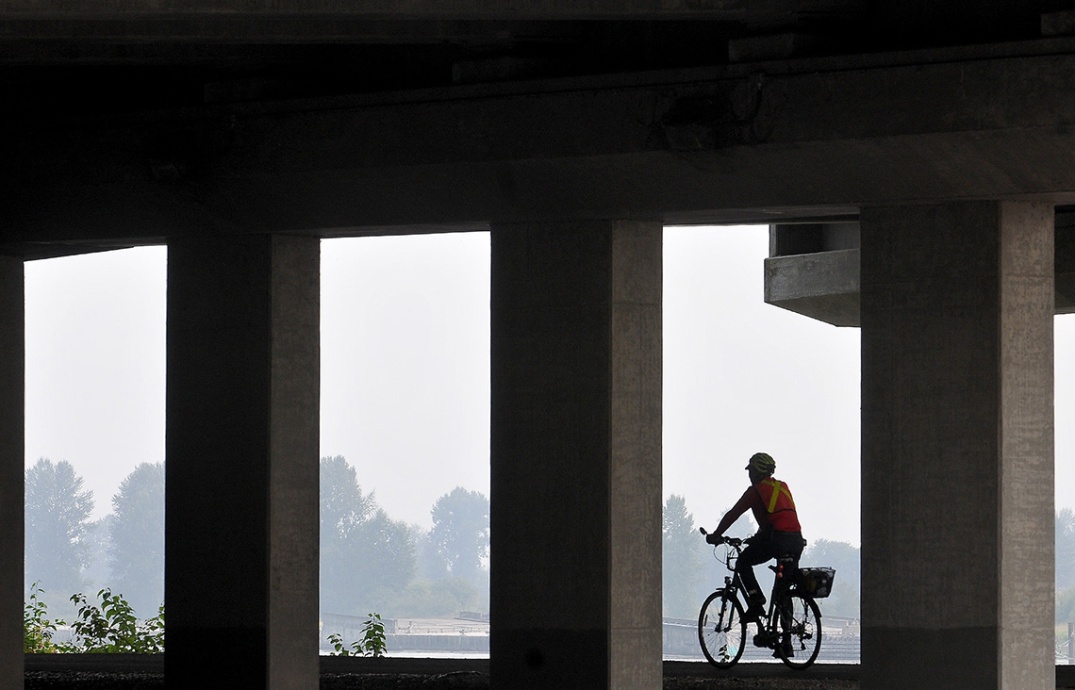 I’ve been a journalist for more than 34 years, a cyclist a little longer.
At some level, the two pursuits have always intertwined.
It was during summer break after my first year of journalism school I bought my first real road bike, a Raleigh.
After graduating and landing a job, I upgraded to a beautiful Italian roadster with Campagnolo components.
When I headed west and got another gig, I rewarded myself with another road bike customized with components I selected myself.
Over the years, I’ve done many cycling stories, from ride-alongs with the bike squads of various police departments and an outreach worker for a homeless shelter, to training with a peloton of first responders preparing for a week-long fundraising ride. I rode the track at the Burnaby Velodrome after doing a story about its fight for survival.
I’ve written and photographed stories about cyclists using their passion to try to change the world, cyclists who commute, cyclists who pedal to seemingly impossible destinations like the far North in the middle of winter.
I’ve covered stories about local pros and some who want to get there. I’ve covered bike races and trike races and even — for a time — a local bike festival that’s since morphed to a community street party.

I’ve helped countless cyclists get the word out about their charitable efforts, riding to raise money for cancer research, Parkinson’s, a friend or group in need.

One afternoon, I got a call about an elderly gentleman whose bike was stolen from his garage, a bike he’d possessed for years and had actually ridden across the country to visit his daughter. Of course I’ll tell his story and maybe help get his bike back. He did.
Even when I’m not telling stories about cyclists, I like to think my own passion for cycling has aided and abetted my storytelling.
Knowing local roads as a cyclist has gotten me closer to newsworthy scenes than some of my media colleagues.

And I’ve lost count of the number of times I’ve seen something on a ride, like a new store, an unusual sign, or even a notice taped to light standard, that later became fodder for a story or a photo op, either by myself or passed on to a colleague.

Cycling forces you to look at the world at a slower pace. Riding with your head up allows you to notice things you might not otherwise see speeding past in a car or loping nearby with your head down looking at your feet.
Cycling enables your curiosity, allows you the luxury of thought. Many a lede — and sometimes the arc of whole stories — have been written in my head while on a bike.
But there is one thing cycling has not facilitated in my career as a journalist; lugging camera gear and the need to get to breaking news scenes quickly, or assignments on the far side of town efficiently, means I need a car for work.