While the major rainstorm that was forecast held off, dozens of riders still got down and dirty at Saturday’s annual Donkey Cross cyclocross race in Port Coquitlam’s Castle Park.
The race was the first of seven that comprise the Lower Mainland Cyclocross series.
Cyclocross is like steeplechase racing on two wheels. Riders navigate a winding, undulating course for several laps that includes obstacles, a metres-long “beach” of soft sand, and even a stretch of snow from a local arena dumped into a corner. The sport originated as a form of off-season training for road cyclists in Northern Europe who would often challenge each other to get to the coffee shop in the next village the quickest. Often, that meant traversing farmers’ fields and hopping fences and hedges, elements that are still honoured in modern cyclocross racing. 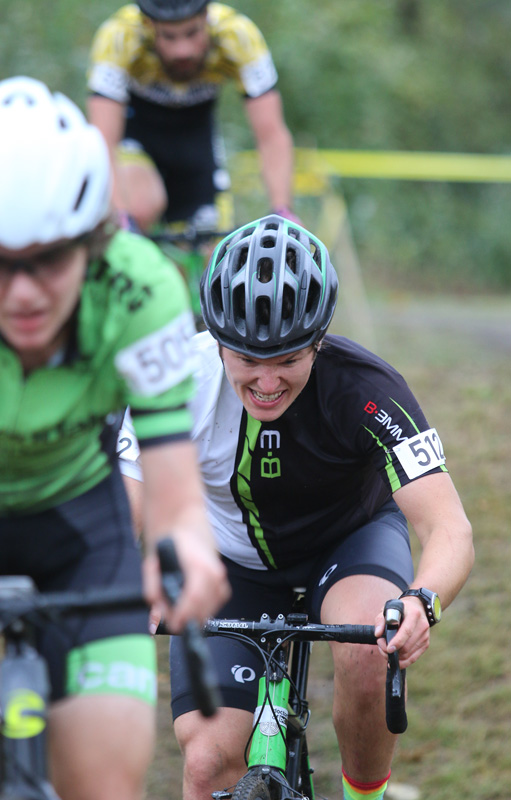 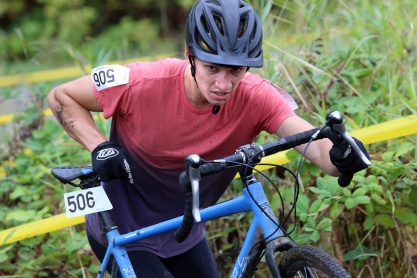 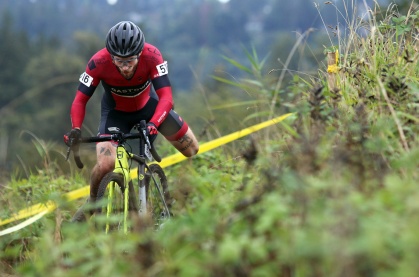 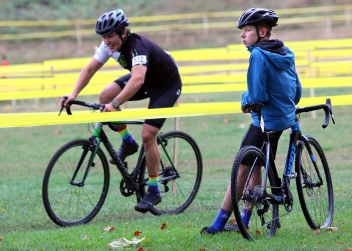 It’s not often you get to revisit a story you first encountered 14 years prior. Especially if that story re-emerges in a different community where you just so happen to now be plying your craft. I did two takes for this piece; one for my current paper, and a more personal version for the paper that used to be my competition. This is the latter.

The late Jim Rimmer may have been one of New Westminster’s most famous residents. But he didn’t hit a baseball or win the Stanley Cup.

Rimmer was renowned for his typography.

From his stained-glass lit studio behind his home on Ninth Street, Rimmer created fonts that set a standard for typographers around the world. He then cast each letter and character into lead blocks that he could use in his collection of ancient typesetting machines and letter presses to print one-sheets, posters and books that were coveted by collectors.

Rimmer also designed logos that became part of our everyday visual landscape: the flowing script for the band, Heart; Simon Fraser University; a linocut of a cabin in the woods on tins of Murchie’s tea.

When Rimmer passed away on Jan. 8, 2010, he was mourned in the graphic arts and typography world as “a jazz musician with inky fingers.”

He’d just won some sort of international award which seemed worthy of recognition in the local paper, so I was dispatched with a reporter for an interview and photo shoot.

Walking into his orderly studio was like entering Willy Wonka’s chocolate factory, but for typography. The walls were adorned with framed examples of his work, posters he’d designed, broadsides of poems, pages from books. Neatly arranged cabinets contained drawers of the various fonts he’d cast to assemble in the heavy, old typesetter that sat at an angle by a massive, arched stained glass window that bathed the room in a warm, orange glow.

His basement workshop that adjoined the studio was cluttered with all manner of ancient, heavy iron linotype and monotype machines, and letterpresses he’d acquired from print shops that had moved on in technology.

This was the roots of the very pages you’re reading now, the technology to commit those words to ink and paper pretty much unchanged since Johannes Gutenberg invented the printing press in the 15th century. It was like spending an afternoon when newspapering was a noble and honourable profession, and assembling the day’s newspaper was the toil of craftsmen in dark, noisy press rooms stationed at heavy, clattering cast iron machines.

When I learned Rimmer’s 1914 Colt Armoury (yes, the same company that manufactures guns) letterpress had found a new home and purpose with a graphic artist in Port Moody, I had to reconnect.

Markus Fahrner said he couldn’t believe the good fortune of his find.

While much of Rimmer’s printed works, printers’ dummies, manuscripts and type design work was acquired by the Simon Fraser University library after his passing, the fate of his collection of heavy machinery was less certain.

Fahrner said it’s important to keep the old machines running rather than have them end up as decorative curios in restaurants or antique shops.

“I really admire the craft,” Fahrner said. “I love the way it forces you to slow down.”

In fact, a poster that might take Fahrner a couple of hours to design on a computer can take days to assemble and print on the letterpress.

“It’s slow and precise,” he said.”You suddenly have so much to know about the process, like the way the ambient temperature of the room affects the ink, the type of paper you’re using, how heavy an impression you want to make on the paper.”

The end product, Fahrner said, has a depth and life that can’t be produced digitally.
“There’s an intrinsic love and energy in the things you produce,” he said.

MARIO BARTEL/THE TRI-CITY NEWS The work station in Markus Fahrner’s Port Moody garage, where he painstakingly creates pages and posters with individually cast metal fonts for printing in his 1914 Colt Armoury letterpress. A one-page project that could be completed in a couple of hours on a computer can take days.

MARIO BARTEL/THE TRI-CITY NEWS The late Jim Rimmer at work on one his vintage typesetters in the studio of his New Westminster home in 2004. Rimmer was a world-renowned typographer who salvaged and restored old printing press machinery and then used them to create fonts and print limited edition posters and books that were coveted by collectors.

MARIO BARTEL/THE TRI-CITY NEWS For Port Moody graphic artist Markus Fahrner, printing on a vintage 1914 letterpress is all about slowing the process of creation. Each individual letter cast in a metal block must be placed in a frame, or chase, with small bits of lead to scale the spaces between letters and words. The chase is then placed in the press where rollers coated with ink pass over it and then sheets of paper are pressed to make an impression.

MARIO BARTEL/THE TRI-CITY NEWS Some of the fonts Port Moody graphic artist Markus Fahrner was able to acquire from the estate of world-renowned typographer Jim Rimmer, who passed away in 2010. 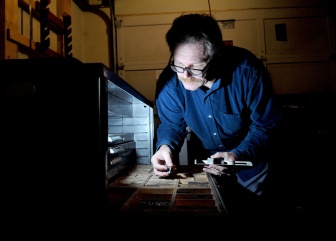 MARIO BARTEL/THE TRI-CITY NEWS Markus Fahrner sorts through blocks of metal fonts he uses to create books and posters on his 1914 printing press in the garage of his Port Moody home. 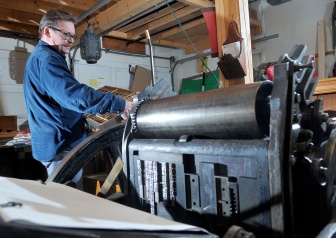