Shooting sports successfully usually demands some level of vague familiarity with the rules and flow of play. Knowing how a sport works can help you anticipate the action, point your lens at the right area of the field, stand in the proper place.

But what if a sport exists entirely in fiction?

Quidditch is a sport played by some of the characters in the Harry Potter novels. It’s a fantastical amalgam of tag, capture the flag, soccer and rugby played in mid-air by wizards flying magical broomsticks.

Some enthusiasts, mostly from university campuses, have brought the game down to earth and compete in actual leagues and championship tournaments.

In the spring of 2015, the Canadian Quidditch championship landed in Burnaby.

While I’ve seen the Harry Potter movies, I really had no idea what to expect of this real-life version of the fictional sport. Let alone how to shoot it.

But once I got over the odd sight of athletes running around with a “broomstick” between their legs, the patterns and purpose of the players quickly became clear. So did their passion.

And that’s always a recipe for good photos. Even when you have no idea what is going on.

The Vancouver Vipertooths gather for a pre-game cheer prior to their opening round match against McGill Quidditch at the first Canadian national quidditch championships, Saturday at Swangard Stadium. 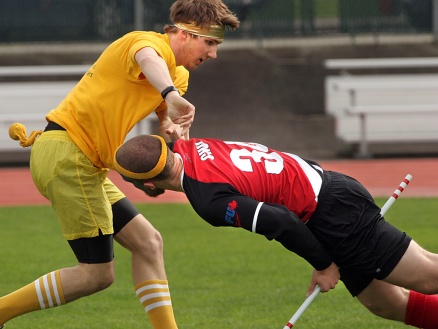 An SFU player dives to try to catch the “snitch” to score 30 points. 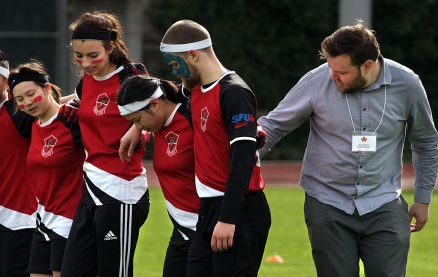 An official checks that players are properly attired and equipped prior to their match. 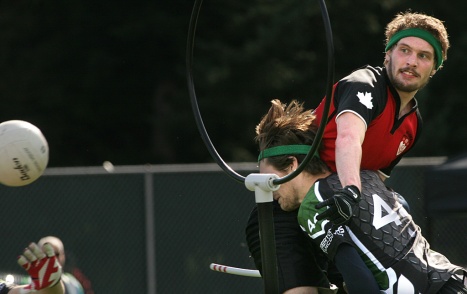 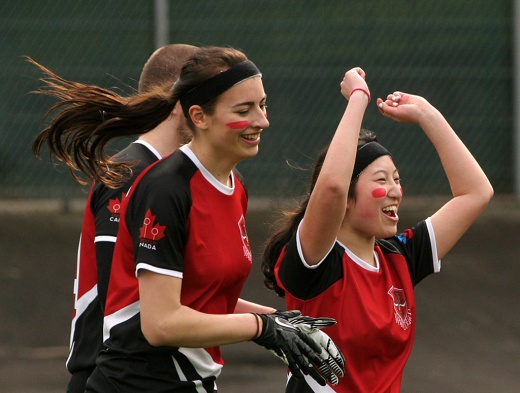 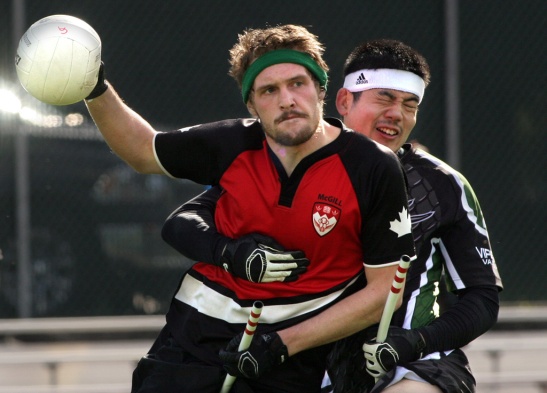 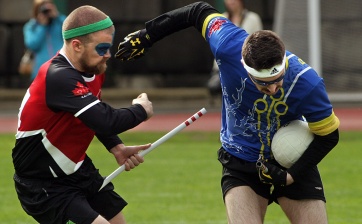 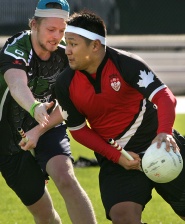 An official adjusts one of the goal hoops.