For three years, the FR Fuggitivi has pulled the curtain down on its summer riding season with a climactic, epic ride. We call it the Fondon’t.

It has all the perks of a Fondo – camaraderie, timed intervals, snacks, beer, big mileage – but none of the expense.

The first Fondon’t was the Tour de Huit Ponts.

This year our ride patron took us on some familiar roads but with fresh and fun new twists, not the least of which was a gravel climb that forced more than a few riders to unclip and portage the loose stones and rocks.

Since last year’s smokey ride up Baker, the Fuggitivi has evolved into a proper, official group. We’re registered, we have directors, sponsors and pro kit. We have numbers; 17 riders took the start although one quickly abandoned because of a recurred leg injury.

Of course, big numbers bring bigger aspirations; we can no longer just slap the Fondon’t label on a long year-end ride and call it an epic day. Sunday, the epic bar reached a new level.

The day started with a national anthem singer and only got better.

It included three fast and flowing descents, one of which had never been ridden by most of the FRF, two sprint and four tough King of the Mountain competitions marked by signs, a lunch stop with reservations, a close encounter with a family of deer and even a champagne surprise.

It also included one total tire blowout, a couple of flats, and a shower of rain.

Most cyclists know what to expect on a long ride. It’s the unexpected that can turn a familiar route into an epic day out.

An epic day out deserves an epic reward; champagne secreted away in a farmer’s field along the road. 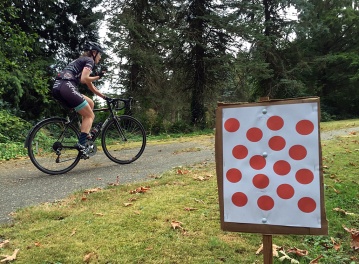 To the King, or Queen, of the Mountain go the rewards. 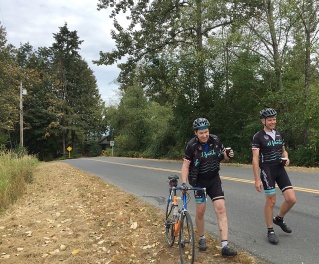 The reward is even sweeter at the top of a difficult climb.

The FR Fuggitivi has grown to a proper peloton as the group prepares to ride its third annual Fondon’t. 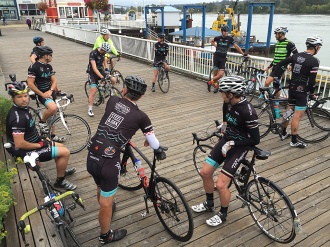 Climbing 800 metres of loose gravel at 11 per cent can challenge even the most seasoned roadie.

No this isn’t the south of France in July; it’s Pitt Meadows in August.

The Fondon’t has all the trappings of a Fondo, including an anthem singer, but none of the expense. 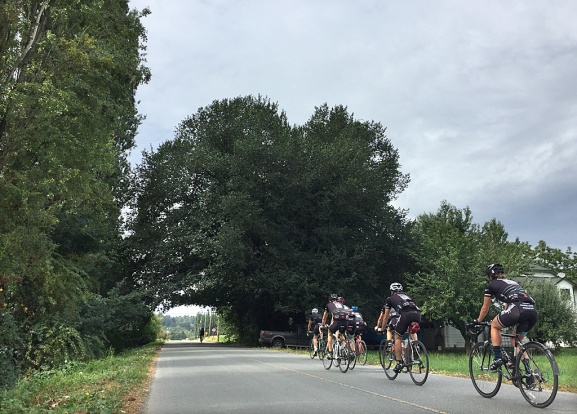 Familiar countryside takes on a new colour when riding amidst the peloton.

A long ride doesn’t achieve epic lore without a few mechanical challenges along the way.