It’s good to have goals; even better to achieve them.

For the past 12 years, my July’s have been defined by my goal to ride 1,000 kilometres in the month.

But otherwise, it’s been pretty achievable.

Especially as I tend to take two weeks off to get up early to watch the Tour de France then, suitably inspired, spend the rest of the day riding my own bike.

The demise of my newspaper meant I’d seen the last of my six weeks’ annual vacation that I’d toiled 20 years to attain. In fact, the beginning of a new job meant no vacation at all.

But two unexpected gift rides last week, and a favourable calendar with a long weekend to close the month, opened the door to the possibility of reaching that 1,000. Good legs, recovered from the gruelling Triple Crown, put me over the top. 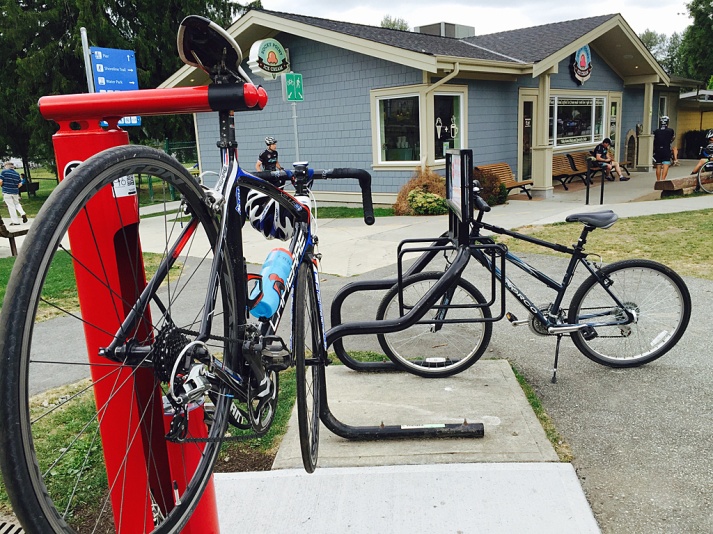 A handy bit of cycling infrastructure at Port Moody’s Rocky Point Park; a bike repair stand with tools and an excellent air pump. Not that there was anything wrong with Lapierre.

Saluting the goat, any the achievement of my annual July riding goal. 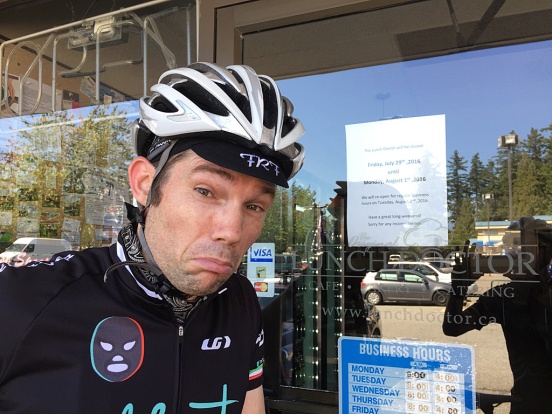 Beware the dismay of a Fuggitivi denied his first Lunch Doctor experience!

Saturday’s bonus ride was into a strong headwind.

Of course in the Strava universe, 1,000 km in a month is but a molehill. The month’s distance champion was a woman from Florida, who clocked more than 11,000 km! That means she rode more than 370 km a day, 12 hours of every day of the month!

My legs wilt just at the thought.

As does my brain. Because she did her rides covering laps of the same 20 km circuit, over and over and over again. I can only imagine the mental fatigue and boredom of watching the same countryside roll past hour after hour, day after day, week after week.

Her Strava profile says she has a goal to set a new record for ultra marathon cycling. To achieve that, she’ll have to ride more than 122,432 km by next July 1. Because this was the first month of her challenge.

One thought on “Setting goals”